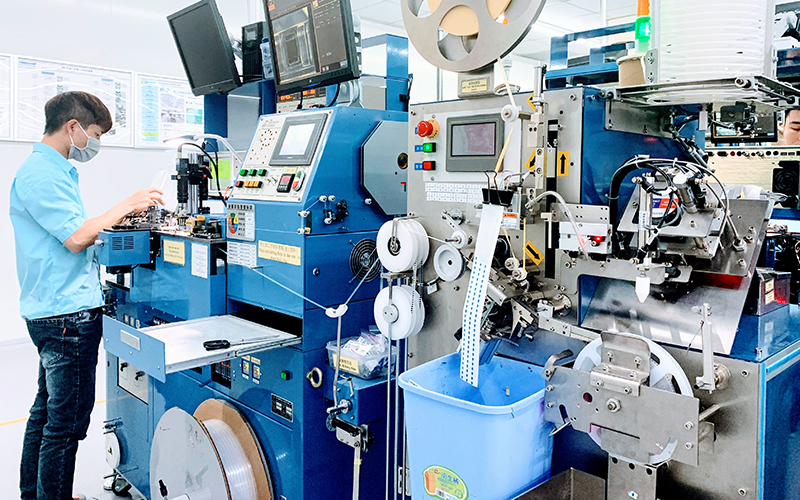 With the COVID-19 outbreak curbed in northern Vietnam, foreign-invested firms in major industrial centres such as Bac Ninh, Bac Giang and Hai Phong are accelerating manufacturing to help revive the economy and realise the dual goal.

Industrial parks in Bac Ninh Province have maintained their appeal to global investors thanks to the containment of COVID-19. Since the start of the year, the province has granted licenses to 97 new projects worth US$522 million along with additional funding of US$106.37 million for 64 existing projects.

In the first six months of 2021, Bac Ninh-based foreign firms reported an increase of 125% in industrial production value and 150% rise in revenue. According to its chairwoman Nguyen Huong Giang, the province’s production chain was not disrupted.

In the neighbouring province of Bac Giang, more than US$871 million worth of foreign investment was pledged in the first eight months of 2021. Duong Van Thai, the provincial Party chief, said more major technology companies in the world are likely to invest in Bac Giang in the coming time as social security for workers and green production are, and will continue to be, its focus.

Bac Giang Chairman Le Anh Duong emphasised that through the battle against COVID-19, local workers have become more disciplined and professional, helping to increase productivity and make enterprises stronger. With rises in orders, large companies are recruiting more workers. Foxconn has hired another 37,000 workers while Luxshare employed an additional 34,000 people.

According to Samsung Vietnam CEO Choi Joo Ho, when the fourth outbreak hit Bac Ninh and Bac Giang in May and June, the company was facing many difficulties. But with the support of the central and local governments and effective epidemic control measures, Samsung was able to overcome the difficulties and fulfil its export target for the first half of the year. If the Samsung factory in Ho Chi Minh City resumes operation soon, the company is expected to exceed this year’s export target.

As of mid-September, Hai Phong has been considered a bright example in curbing the virus and posting rapid economic growth. In addition to preventing the spread of COVID-19 effectively, the city is also holding regular dialogues with investors to address their difficulties.

Director of the Hai Phong Economic Zone Authority Le Trung Kien said that in addition to pushing through administrative reform and employing IT to promote investment, Hai Phong is working to improve its infrastructure, especially in clearing land for new industrial parks and housing for workers. Hai Phong always gives priority to projects using advanced technology to create high added-value and creative products as part of the supply chains of major global companies.

In late August, LG Display decided to invest an additional US$1.4 billion in Hai Phong’s Trang Due Industrial Park. With this fourth round of investment increase, which has raised the Korean company’s total investment to US$4.65 billion, thus becoming the largest foreign-invested project in the port city.

With the additional investment, LG Display is hoping to increase its OLED display output from 10 million units per month to 13-14 million units per month. The company is also expected to raise its annual export revenues to US$6.5 billion, contribute another US$25 million to the government budget and create 10,000 more jobs.

LG Display’s Deputy General Director Park Jae Hong spoke highly of Hai Phong’s epidemic prevention and control efforts, noting that this is the foundation for his company to continue expanding its production here.

Along with the success in keeping the virus at bay, Hai Phong is continuing with administrative reforms to facilitate investors who are exploring opportunities or planning to expand their current investments in the city.

According to the Hai Phong Department of Planning and Investment, the city attracted US$2.8 billion worth of foreign investment in the first eight months of 2021, nearly four times the level from the same period last year. Foreign investment has helped the city maintain its economic growth as seen in the 20.63% increase in industrial production and 27% rise in government revenue.

Hai Phong currently has 12 industrial parks with 418 foreign projects worth US$17.37 billion in total. The city aims to build an additional 15 industrial parks during the 2021-2025 period in order to realise the goal of attracting US$5 billion of foreign investment each year over the next five years. 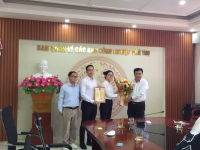 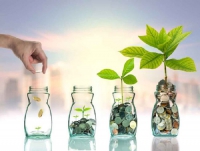