This gives the province second place in terms of GRDP growth in the northern key economic region, following the neighbouring city of Hai Phong.

The main growth driver in the first three months was the processing and manufacturing sector, which increased 35.6 percent compared to 20.8 percent in the same period last year.

That contributed to a record industrial growth of 8.73 percent in January-March.

Meanwhile, stable growth in agriculture, forestry, and fisheries made up for contractions in other sectors, including tourism, which nosedived almost 50 percent in visitor number and revenue during the period.

Quang Ninh managed to contain the COVID-19 outbreak in the shortest possible time. Within only a week from the first local infection being reported in late January, it had completely brought the situation under control, thus minimising the socio-economic impact and stabilising production and business.

Secretary of the provincial Party Committee Nguyen Xuan Ky said the achievements in Q1 are a major source of encouragement for Quang Ninh to achieve the twin targets of fighting COVID-19 and boosting socio-economic development to post double-digit GRDP growth this year./.
Source VNA 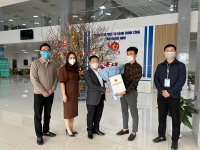 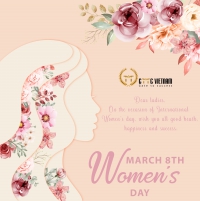